Top 10
John Robertson for 2 weeks in a row had 8 winners and a low margin and wins the Fridge Magnet this week, he saved QEBS a stamp as he was on the Bomber Balcony watching the game. Equal second this week were Ross Greenaway from the Far North and Rob BJ from the Outback with 7 winners and only 1 margin.
Overall after Round 7.
David Shean held onto the lead but only by a better margin from the fast finishing John Robertson who has moved from as low as 36th position after round 3 to equal Top now on winners picked after round 7.

It is never too late to join in the fun, so follow the link:-  https://tipping.afl.com.au/tipping/index.html#/comp/549/about?code=XMKSXEUA 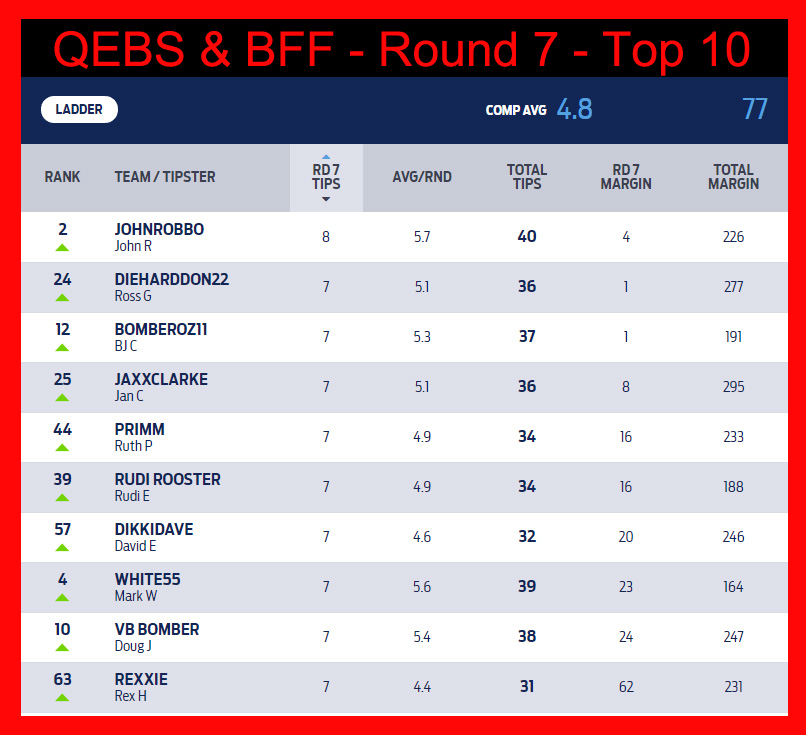 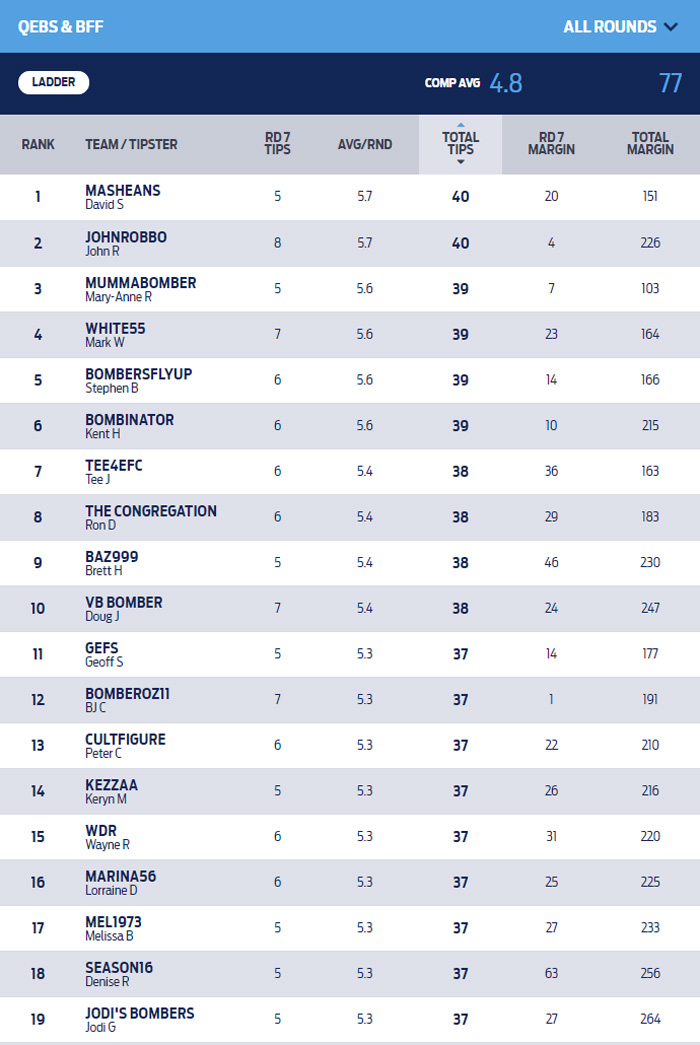 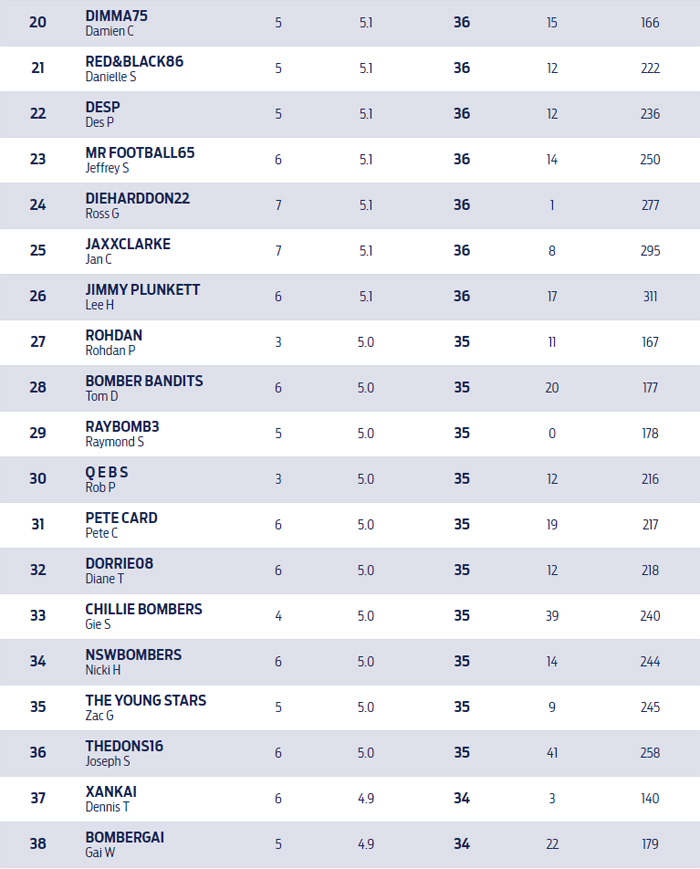 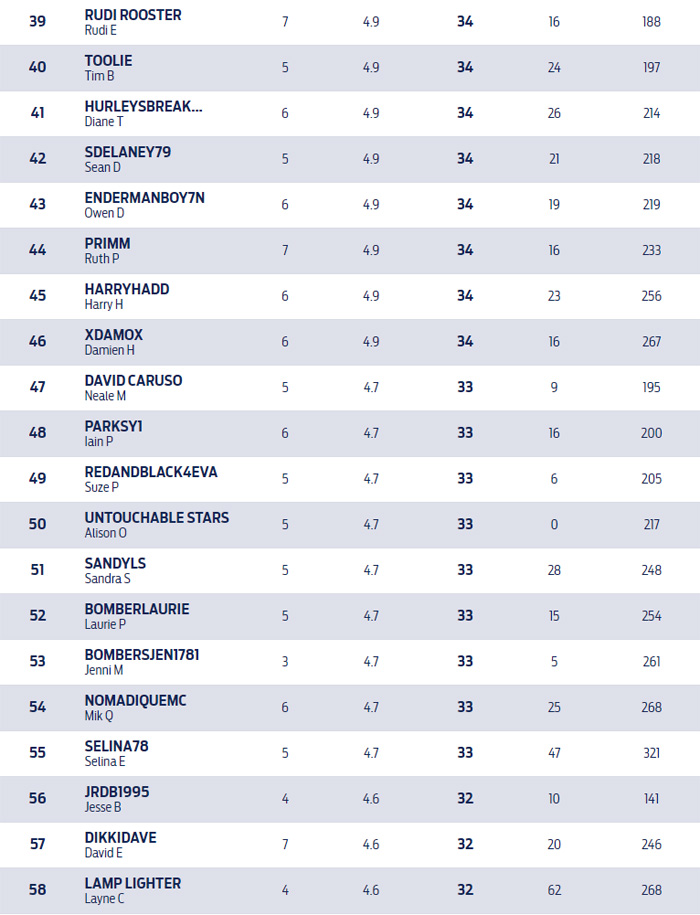 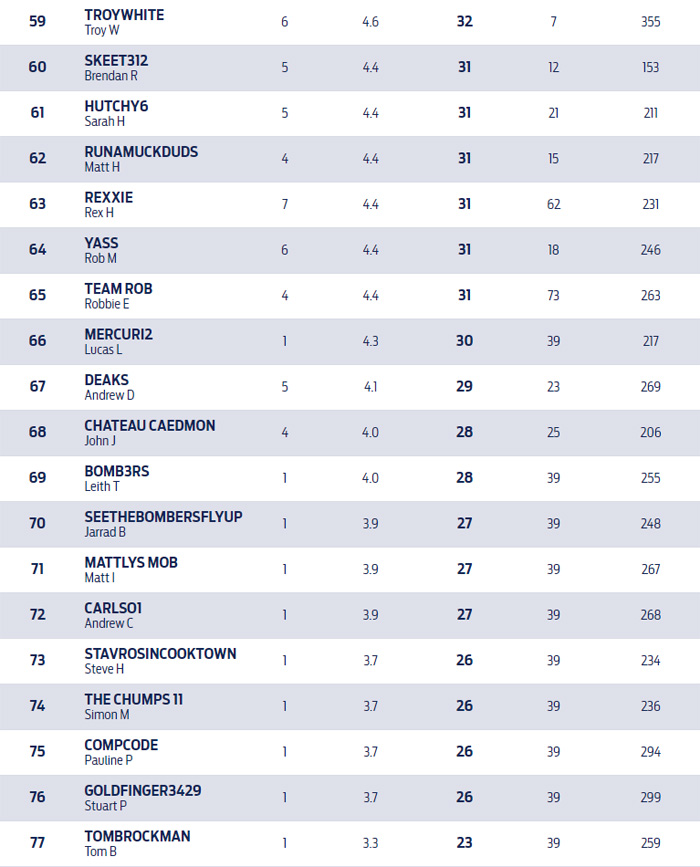